Publicity is gearing up for Woodworking FAQ: The Workshop Companion. This week: 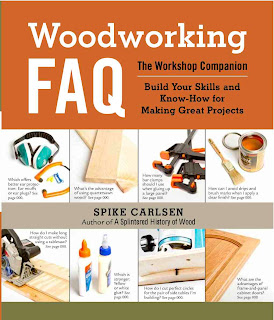 Posted by Spike Carlsen at 7:32 PM No comments:

Sometimes I take before & after photos of a project—and wish I hadn’t. That’s because the “after” doesn’t look much better than the “before.” But  I rue not having taken a before picture of my basement before converting it into a workshop. If you remember what the basement of the creepy guy in “Silence of the Lambs” looked like, you’ll have a pretty good visual image of the “before” picture. The after looks much better.
The whole project—like most—started innocently. One wall of the basement of our 160 year old house was a mish mash of crumbling brick, cinder block patches and concrete chunks.  I furred out the wall and installed 1x6 tongue and groove pine paneling to clean up the look. That involved removing an old set of shelves and clearing out a pile of stuff that had sat there since we moved in 10 years ago. The completed wall looked so good that it made the adjacent wall look shabby, so I installed tongue and groove on that wall. And around the room I went until all the walls were covered.
The floor, which was a quilt work of patches and holes, had to be leveled with floor leveling compound. And of course that had to be covered with tile. And so on and so on
At one point it became clear that the rickety old workbench the previous owner had installed had to go. The doors were falling off their ancient hinges and the deep drawers were inefficient. Which brings me to the point of this Blog: The workbench top. “Work top” is probably a better term than workbench top, since this is the area I use for assembling and gluing up, not planing and hammering.
The work top area was big and awkwardly shaped, so I did what all good woodworkers do: Improvised. I bought a couple of boxes of discontinued maple flooring and started splicing and herringboning the pieces together. These next photos show how it went together. 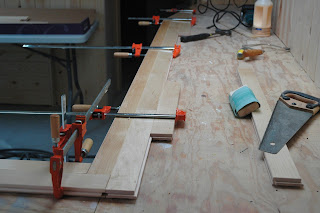 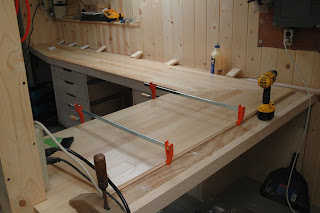 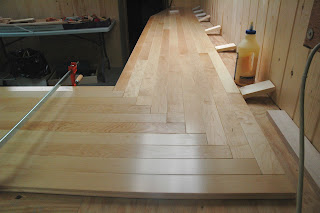 And of course, I needed a place for my miter saw, so I created this little curved nook to accommodate it. The curve looks cool and prevents me from wanging my hip bones on the sharp corners. 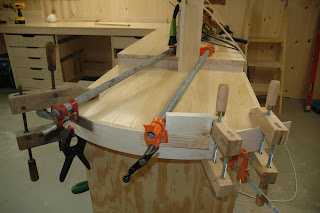 So far, so good. The prefinished top is easy to keep clean and the maple provides a solid working surface—though it doesn’t take a hit as well as other maples. Pretty soon the workshop will stop being the project and start being the place where projects get done.
Posted by Spike Carlsen at 9:55 PM 1 comment:


In my day I've interviewed incredibly talented woodworkers, ridden amazing bikes and met wildly imaginative inventors—but I've never seen all three of these come together in such a neat package as last June in Tanzania.
While troubleshooting the water system in Mwatasi—a village in the highlands region of the country—we encountered these five young gentlemen with their latest creation: A wooden three wheel bike. It may not look like much but look closer. For here you will discover resourcefulness, cooperation, imagination, an understanding of physics and geometry and an overwhelming sense of pride. 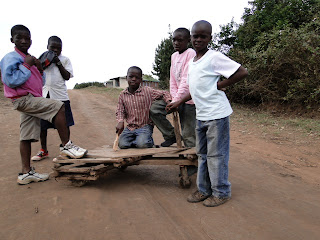 As woodworkers we can bemoan not  having the space or finances for the latest high tech tool. As bikers we can complain about the potholes and narrow roads we need to navigate. As parents we may even gripe about the lack of educational opportunities for our kids. Whenever I start whining, I look at this photo and recalibrate my brain.
Wooden bikes are more popular around the world than you might think. Below is a photo of  bikes ridden in the Banaue region of the Phillipines (note the rear braking system!) 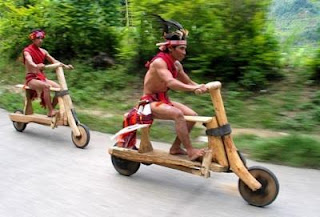 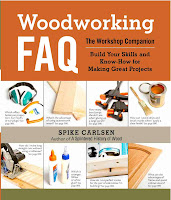 My next project—One big yoke 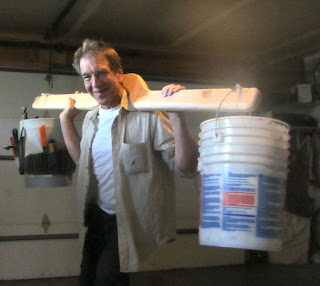 I’m working on book #4, The Backyard Homestead Guide to Building Projects  which will be released by Storey Publishing during the summer of 2013.
The book pretty much contains what the title says—80 building projects for those seeking a more self-sufficient lifestyle, whether they live downtown, in the suburbs or in rural areas. (For information on other books in the Backyard Homestead series and other titles, visit www.storey.com.)
Part of the challenge in designing projects is to create ones that are useful, buildable and haven’t been beaten half to death by other books and magazines. Some projects are straight off the drawing board, some are variations of main stream projects and some rely on inspiration from the past—like the project I worked on yesterday: The Bucket Yoke.
Since 5-gallon buckets are used for hauling everything from water to maple syrup to chicken feed to tools, my editor and I thought a bucket yoke would fit the “useful, buildable, not beaten half to death” criteria. So off to the drawing board and down to the shop I went. 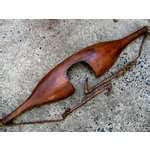 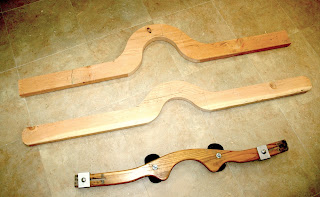 The next step was to try some variations. The top yoke in photo #2 put the weight too far forward. Some others I tried weren’t beefy enough to carry a 40 lb. load on each end. Eventually I came up with the yoke in the middle of photo 2. I wound up rounding the edges with a router to make it more comfortable and adding 3 notches to each end to hold the buckets in place.

Photo #3 is where the project now stands. The yoke can easily haul 100 lbs., it can be built with only a jigsaw (you don’t need the router if you feel like spending an hour sanding the edges by hand) and it’s somewhat unique—the trifecta we were looking for. 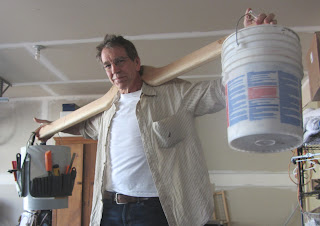 If you have ideas for a “backyard homestead building project” feel free to leave a post or drop me an email at carlsen@usinternet.com.


Posted by Spike Carlsen at 5:46 AM No comments: 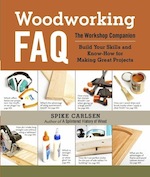 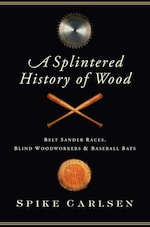 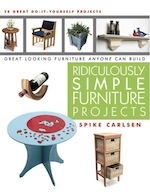